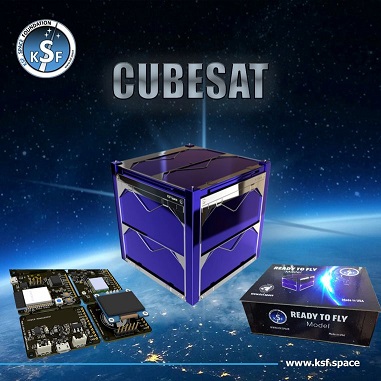 The arrival of what is commonly referred to as “New Space” has resulted in a significant shift in the space industry over the last decade. This takes a different approach to satellite deployment: by leveraging electronic miniaturization, it enables smaller, more capable spacecraft to be launched in greater numbers and at a lower costs.

At the same time, there has been a surge in potential applications for both space data and space services, such as satellite communications or Earth observations. New Space technology is uniquely positioned to meet these requirements, with significantly shorter time-to-market than more traditional spacecraft.

A CubeSat is a type of small satellite that has gained popularity as a result of well-defined standards designed to reduce costs and development effort. California Polytechnic State University (Cal Poly) and Stanford University created the CubeSat standard, which was originally intended for scientific research and the exploration of new space technologies.

CubeSats have made their way into commercial projects over the years and are now regarded as one of the quickest and most cost-effective ways to demonstrate space technologies or deliver a service from space.

One of the primary benefits of a CubeSat is the short time required to develop and launch the satellite. A CubeSat can be designed, built, tested, and delivered in as little as 9 months, but it typically takes 18 to 24 months to complete, which is significantly faster than a traditional satellite approach.

This is primarily accomplished through the widespread use of off-the-shelf components for electronics and subsystems, which is one of the key principles of CubeSat mission development. It enables CubeSat missions to rapidly develop complex yet reliable spacecraft at a low cost and within time constraints.

Spacecraft combat software can also be purchased off-the-shelf for CubeSat development. Flight software, like other subsystems, can be made readily available early in the development process to allow for rigorous testing and successful integration.

kSF Space foundation’s own CubeSat kit is a good example of off-the-shelf spacecraft flight boards because it allows developers to quickly build their own unique mission software package using our extensive library of pre-validated and configurable off-the-shelf components.

How to Build Your Custom CubeSat

Despite the current global CubeSat boom, one fact remains: lower costs and faster space mission development may increase the risk of failure. The CubeSat must perform flawlessly once in orbit because there is no physical access to it to resolve any potential issues. Robust components and rigorous testing can help improve reliability.

The “glue” that holds all of the CubeSat subsystems together is CubeSat kit, and getting it right is critical to reliability. The kit must be simple and functional in order to be available early in the space mission development process and adaptable to accommodate any requirements changes.

Standardization and the widespread use of off-the-shelf kits also enable developers to keep costs under control at fixed prices while reducing the need for specialized skills and resources.

From a software standpoint, developers want to ensure that the spacecraft flight software package can be built quickly and without the need for specialized skills, so that the majority of effort is focused on the mission’s unique aspects.

As of April 4th, 2021, 1553 CubeSats had been launched, with over 2500 CubeSats expected to be launched in the next 6 years! In such a competitive market, it can be difficult for new entrants to succeed.

Innovation and continuous improvements in efficiency and productivity are what can help any space mission achieve better results and make a positive difference.

Innovation is at the heart of everything we do at KSF Space Foundation. We provide a unique and innovative approach to spacecraft engineering through our CubeSat Kit in order to develop and operate CubeSat missions in a timely, efficient, and cost-effective manner.

Where Can I Buy Food Packaging Supplies Online